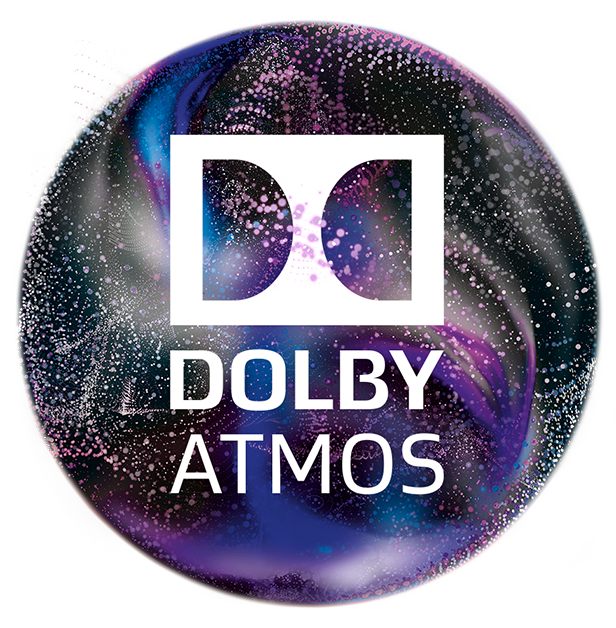 Dolby is once again bringing the thrilling impact of the movie theater experience into your living room. Their latest surround sound technology, Dolby Atmos, offers new levels of depth and realism that will make movie soundtracks even more immersive and exciting.

Dolby Atmos is a new audio format for creating and playing back multichannel movie soundtracks. It was developed to give movie sound a more three-dimensional effect. Traditional 5.1- and 7.1-channel surround setups deliver captivating sound using speakers placed all around your room. Dolby Atmos takes this to another level with speakers to create a “height” layer of sound above the listener.

This overhead sound extends the height of your system’s soundstage while also allowing for some very cool effects. Imagine hearing an airplane flying over your head – not just in front of and behind you. With a Dolby Atmos setup, your ears can locate sounds with pinpoint accuracy, for a more realistic and enveloping listening experience to complement the visual excitement on your TV. 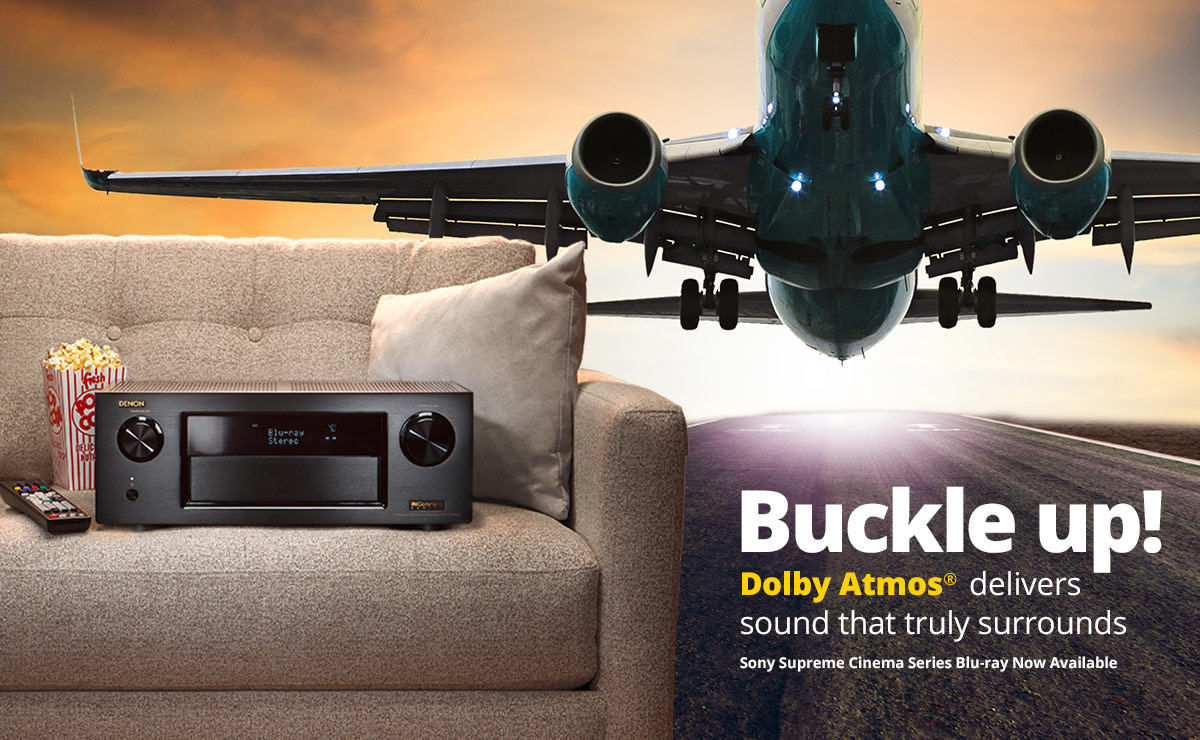 A NEW WAY TO EXPERIENCE MOVIES

From the theater to your home

While Dolby Atmos may be new to home theaters, it’s already in use in hundreds of movie theaters. Movie soundtracks are being created and mixed to take advantage of the unique experience Dolby Atmos offers. This technology is poised to inject more excitement and drama into your home theater – no matter if you have a modest living room setup or a dedicated theater room.

What do you need for Dolby Atmos?

WHAT KIND OF SPEAKERS DO I NEED?

A Dolby Atmos home theater starts with a conventional surround sound setup. Then, you add two or more speakers to project sound from above the listening positions. There are two ways to
achieve this: 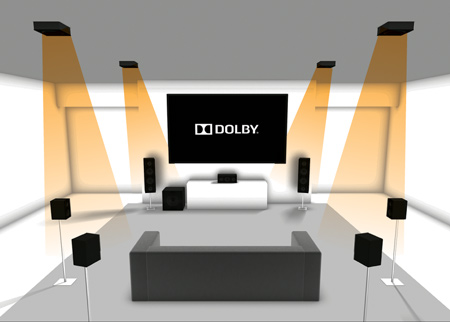 These speakers offer accurate overhead sound, for a new level of home theater immersion. This is a great option if you’re designing a new home theater or want the best possible listening experience. 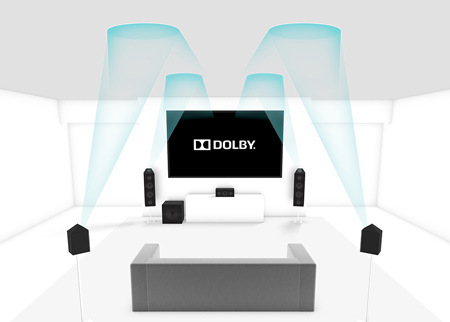 These are newly designed speakers that reflect sound off of your ceiling. These speakers rest on stands, sit on top of front and rear speakers, or are integrated in a single cabinet with front-firing speakers. It’s an easy way to add Dolby Atmos to an existing home theater.

WHAT ABOUT MY RECEIVER? 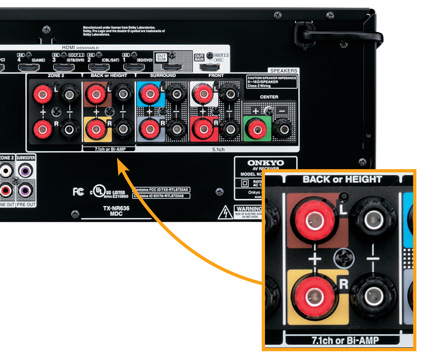 Getting it all connected

Dolby Atmos capable receivers will typically have outputs for “height” speakers that can also be used with conventional 7.1- or 9.1-channel setups. Connect your in-ceiling or Dolby Atmos-enabled speakers to these outputs and configure the amplifier’s settings in your receiver’s menu for Dolby Atmos playback.

USE YOUR EXISTING BLU-RAY PLAYER

You won’t need to buy a new Blu-ray player to enjoy Dolby Atmos content. Current and recent models will be able to transmit these soundtracks to your receiver via an HDMI cable. Even with older Blu-ray discs, Dolby Atmos setups can offer new levels of depth and excitement, for sound that truly surrounds you.

Look for Blu-ray discs with Dolby Atmos soundtracks. These discs will also include other surround sound formats like Dolby TrueHD for use with older receivers and surround systems.

For Dolby Atmos playback, set your Blu-ray player to bitstream out and disable secondary audio.

Thank you to Crutchfield for this great information on Dolby Atmos!